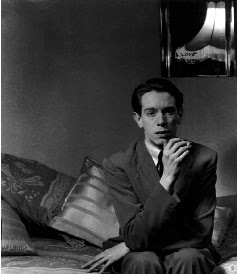 For me the best kind of "light reading" is a well-known author's diaries. Taking a novel to the beach is a waste of time. I rarely get engrossed enough to read more than a few pages due to the obvious distractions, not to mention sand and suntan lotion stains. And while lounging on hammocks, I'm less inclined to bring a biography. Most of those written today are as heavy as rocks, and too cumbersome to read. But a literary diary is perfect for surfing into and for sharing with friends. This past week I dipped my nose into Kenneth Tynan's Diaries. Why now? They were published eons ago. But like most good things, I tend to put them off. I was scouring my shelves to find something fun and nimble to bring with me to the swimming hole and my hand landed on Tynan, perhaps because of his first name. My father's name was Kenneth (as is my brother's) and I knew I was in store for a good time.

Kenneth Tynan never fails to deliver. In my youth he was a symbol to me of the sexual revolution, of intelligent erotica and bons-mots-dripping wit. But I knew next to nil about him. His role in producing and editing Oh, Calcutta was a mystery to me. And I'm still not sure if I liked the show simply because it had a skit by John Lennon in it or because of its full-frontal nudity. Or maybe it was the subtlety of the title. The on dit is that it is meant to be "Oh, quel cul tu as." Or should that be "queue"? Which is far more appealing than the black hole of Calcutta. 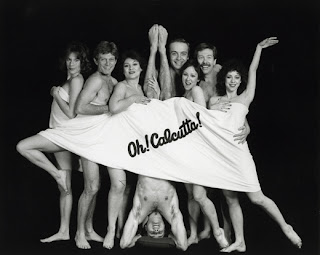 What I discovered in reading Kenneth Tynan's diaries, however, was a glamorous (albeit tortured) lost world of scandalous parties, festive vacations, agonizing behind-the-scenes battles at the National Theatre in England, delicious jags of name-dropping and above all, endless examples of his unbridled passion for the arts. These diary entries abound with juicy anecdotes, wicked asides, sexual fetishes (mostly a penchant for spanking and light S/M.) Embedded in these chronicles are struggles with money and career, his yearnings to do more than just write criticism, and his rivalry with the people he reveres and in some cases makes into stars. And then there are the health issues: asthma and emphysema, the chronic chain-smoking, the drinking and occasional drugs. Most of all there is the endless cavalcade of celebrities he has known and jousted with. Reading Tynan's diaries is like gazing voyeuristically into a nickelodeon of the second-half of the 20th century. Very few stars failed to pass before his stand in the parade of history.

Having nearly choked with laughter at some of his hilarious comments, I made a point of finding copies of his Letters (published by Random House, 1994) and Profiles (Harper, 1990). The former proved to be a disappointment due to its immense size and the sheer number of letters to trek through. I think Tynan's wife erred in including vast numbers of early letters from his school days that are not particularly engrossing. The Profiles, however, nimbly edited down to several dozen pieces culled from his magazine articles and books, are a revelation. Few critics can rival Kenneth Tynan for his ability to dash off aperÃ§us with such fresh, broad strokes. No dross in any piece by Tynan, even when the subject is not easily captured. Tynan used language the way a virtuoso might play a cello. By color, nuance, eccentricity, and economy. He wastes nothing, but leaves you starving for more. Take his take on Beatrice Lillie, for instance. He reaches far outside her bailiwick to capture her essence: "To call her an actress first and foremost is rather like calling Winston Churchill a bricklayer who has dabbled in politics." The throw-away line makes you stop and think, and ultimately want to know more.

And then there is the style of his thoughts, not just his prose. Tynan's mind flies from topic to topic, from personage to personage, from quip to quip. Most critics would be averse to quoting others in a profile, but Tynan laced his homages with generous helpings of famous people's anecdotes and observations. But always only when they were apt. Why not quote Marlene Dietrich on Dame Edith Evans? At first glance, it seems a stretch. But who else could surprise us so winningly when she says she was "over-awed" by the other actress. Dietrich overawed by anyone? Tynan suddenly makes Dame Edith Evans, who is perhaps best-known for playing the dragon-lady Lady Bracknell in The Importance of Being Earnest, almost sexy. 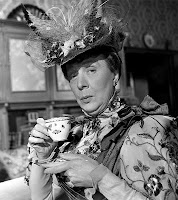 He varied his style, depending on the subject. Or the magazine reader he was addressing. His pieces for Woman's World are a far cry from the brittle critiques he penned later on for Horizon or Show. And his lengthy essays in The New Yorker for which he earned more than $40,000 per series of six articles, broke new ground in journalistic criticism.

His highly personal paean to Louise Brooks established an entirely new school of feature-writing and reestablished her overnight into a star of the first magnitude. To read his profile of her now is to be struck by how innocent and how daringly honest he was. There's a shade of almost masturbatory voyeurism in his lubricious adulation: 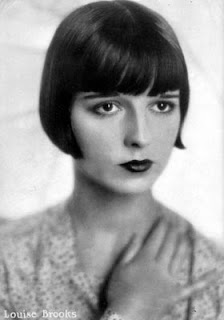 But then he startles us anew with a Freudian analysis of another Brooks entirely, Mel Brooks. After deconstructing the making of the film High Anxiety (one of my favorite of Brooks' comedies), Tynan poses this curious theory: "All the apprehensions that surface in Brooks's comedy have the same eventual source: a fear -- or, to put it more positively, a hatred -- of death." Tynan was a master at turning things on their head, seeing a flat-out slapstick comic like Mel Brooks as an almost Bergmanesque figure. And yet, after digesting his premise, you just know he's right.

Very few writers could get away with the fawning idolatry that Tynan evinces in some of his critiques. I don't think I've ever read a so-called "straight" author as intrinsically "gay" as Kenneth Tynan. His accolades over Antonio Ordonez, the legendary and magnificently handsome Spanish bullfighter are almost embarrassing in their hero-worship, even though they are riddled with Tynan's profound knowledge and respect for the sport.Â But in spite of the homoerotic charge he clearly gets in watching Ordonez work, he gets under the skin of the beast: "It is not courage which makes Antonio unique, but gentleness. This may seem like a paradox, applied to a man who last year stabbed about a hundred and fifty bulls to death. Yet he kills with kindness; and he plays his bulls with a generosity that makes them colleagues, not enemies." 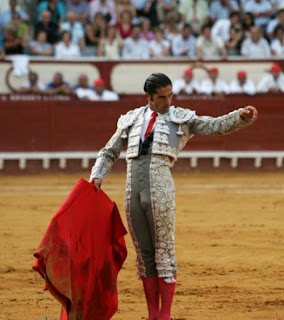 Tynan also moons over classic queens such as Charles Laughton and Noel Coward, and discusses Tennessee Williams as if he himself had experienced the same sense of alienation and despair that made Williams' plays so moving. He examines Tennessee, not as a playwright might, by exposing his character, but by documenting his discontent.Â The writer's physical traits reveal his soul: "...[his] is unmistakably the face of a nomad. Wherever Williams goes he is a stranger, one who lives out of suitcases and has a trick of making any home he acquires resemble, within ten minutes, a hotel apartment. Like most hypochondriacs, he is an uneasy guest on earth."

But Tynan can wax just as ecstatic over Miles Davis and Lenny Bruce, two legends who rarely figure in the echelons of camp. On Bruce, Tynan enthuses: "he used words as a jazz musician uses notes, going off into fantastic private cadenzas and digressions, and returning to his theme just when you thought he had lost track of it for ever." Not so much different from what I said about Tynan's own virtuosic style. 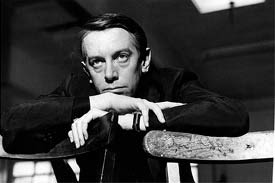 Tynan's lust for his subjects makes one want to go out immediately and experience the same kind of joy he exudes. In the case of Miles Davis, this is easy. Just put on a record or turn on your IPod. But in other examples, less so. How is one, for instance, to call up George Cukor, whom Tynan captured in a curious profile that put down Cukor as much as it elevated him. "His voice whirrs and buzzes," he wrote, "like an engine that, once revved up, cannot be switched off until it reaches its destination. Two deep lines of concentration bisect his forehead like a highway; and his conductor's fingers begin their dance, sometimes carressing the air or stabbing it for emphasis, and sometimes upheld, with thumb and index joined, to retain one's attention while their owner scans the ceiling in search of the right word. Meanwhile, as Cukor warms to his story, his lower jaw comes swooping forward, revealing seven sharp teeth that gnaw, between phrases, at his upper lip." Seven sharp teeth? Tynan never misses any detail if it heightens the effect and illuminates his prey. 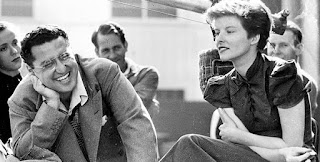 And on the divas of celluloid, Tynan astonishes me. Rather than take a jaundiced view of screen sirens who have obviously benefited from the artificiality of Hollywood hype and glamour -- the Hurrells and Huenes of the publicity machine -- Tynan seems to embrace the glittering phoniness. Regarding Greta Garbo, he writes: "Through the cellophane kitsch (how it dates!) of the Lubitsch Touch she pierced, in Ninotchka, to affirm her pity for the human condition." As chewy and alliterative as this nutshell portrait is, it deftly captures both her aloof hauteur and her uncanny charm.

Sometimes Tynan could be cruel. In writing about W. C. Fields, he says: "His nose, resembling a doughnut pickled in vinegar or an eroded squash ball, was unique." And regarding Humphrey Bogart, whom he seems to be of two minds about, he describes his face as "a triumph of plastic surgery," then adds almost apologetically, "If I seem to knock the cult of Bogart the Man, it is because I invented the cult of Bogart the Actor." Even in debunking his idols, Tynan remains the myth-maker. 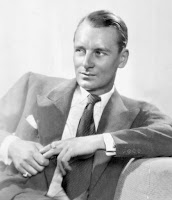 Among his profiles, I was struck by a remark he made about John Gielgud, an actor he admired immensely. "Gielgud's conversation," he wrote, "like his library, bulges with theatre history and histories. His mind dwells on the days when play-going was a long-awaited act of homage and self-indulgence; when actors performed only as often as, for instance, Flagstad sings." The same could be said for Kenneth Tynan, for few critics today can match his gimlet-eyed expertise, bravura command of the language, and steely brilliance. But thanks to his diaries, letters and collected profiles, as well as biographies, his otherwise ephemeral voice lives on.